This weekend we went away for the night to enjoy some time as a family we managed to squeeze in quite a lot to be faith considering we didn’t leave home until gone 9 am due to a mess up with the hotel we had booked and was only away overnight.

First off we booked with Expedia which although did resolve the issue it was done in a very poor and lengthy way, the first person we spoke to was the best she was brilliant especially considering the poor woman had my meltdown to contend with. after an hour of her trying to get hold of the hotel to find out what was going on, she confirmed they would find us other accommodation so we set off to Bournemouth all seeming near completion but then the next person I was put onto didn’t want to deal with it so after again saying she had to talk to the hotel too came back and tried telling us to phone back if they still were fully booked at check-in time!! I was fuming lost signal and she clearly wasn’t going to phone back so I phoned again to be told that as there were no notes this member of staff would have to talk to the hotel too, then on to another person who again had to confirm with the hotel (4 members of staff all phoning the same hotel to be told the same thing!) by this time it was midday (I phoned them at 7 am!!!) anyway by this time we had made it to Kingston Lacy and I was sat on a stump in the middle of a field the only signal around and Duncan took the kids to do the Easter egg hunt while I sat awaiting the phone call back. 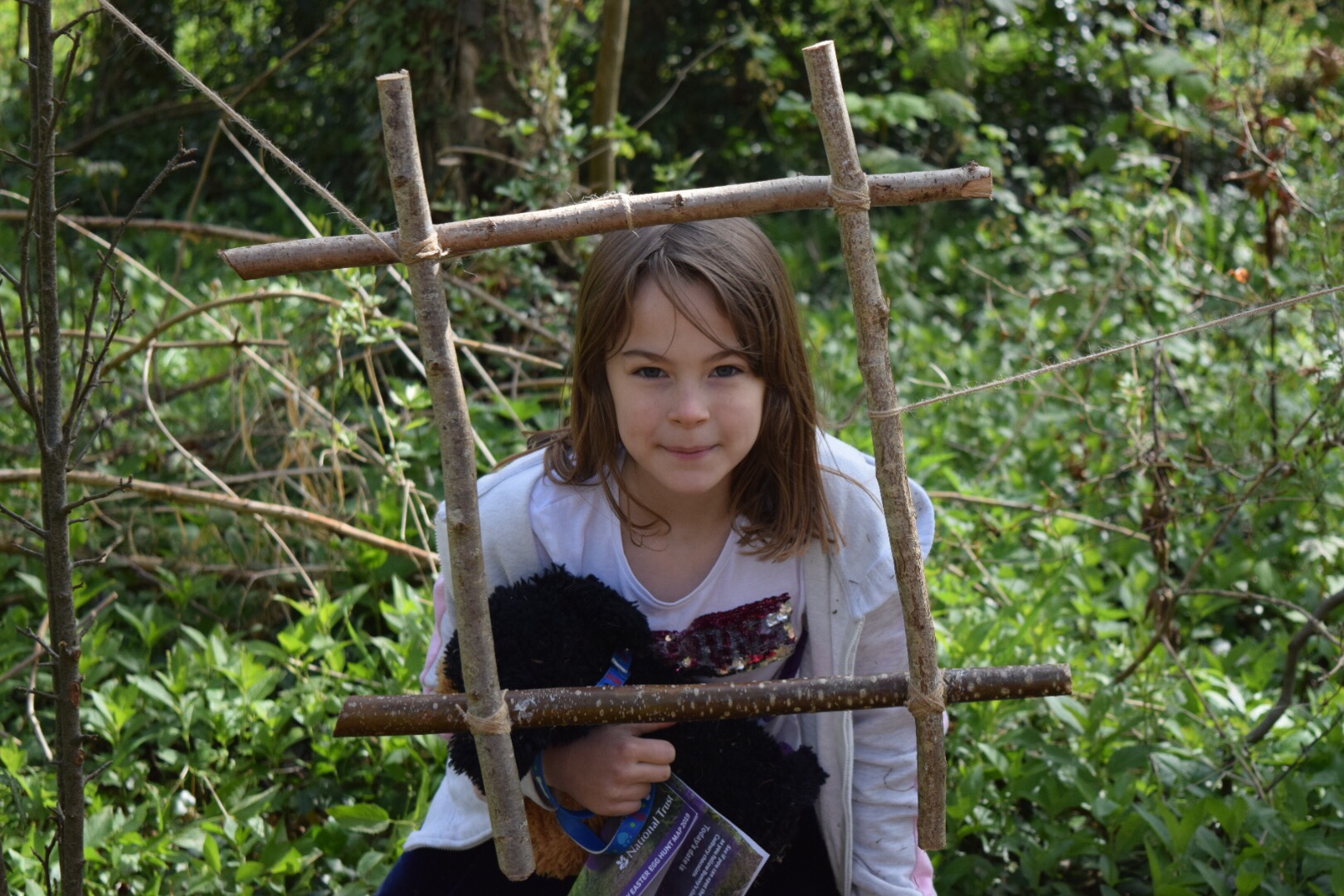 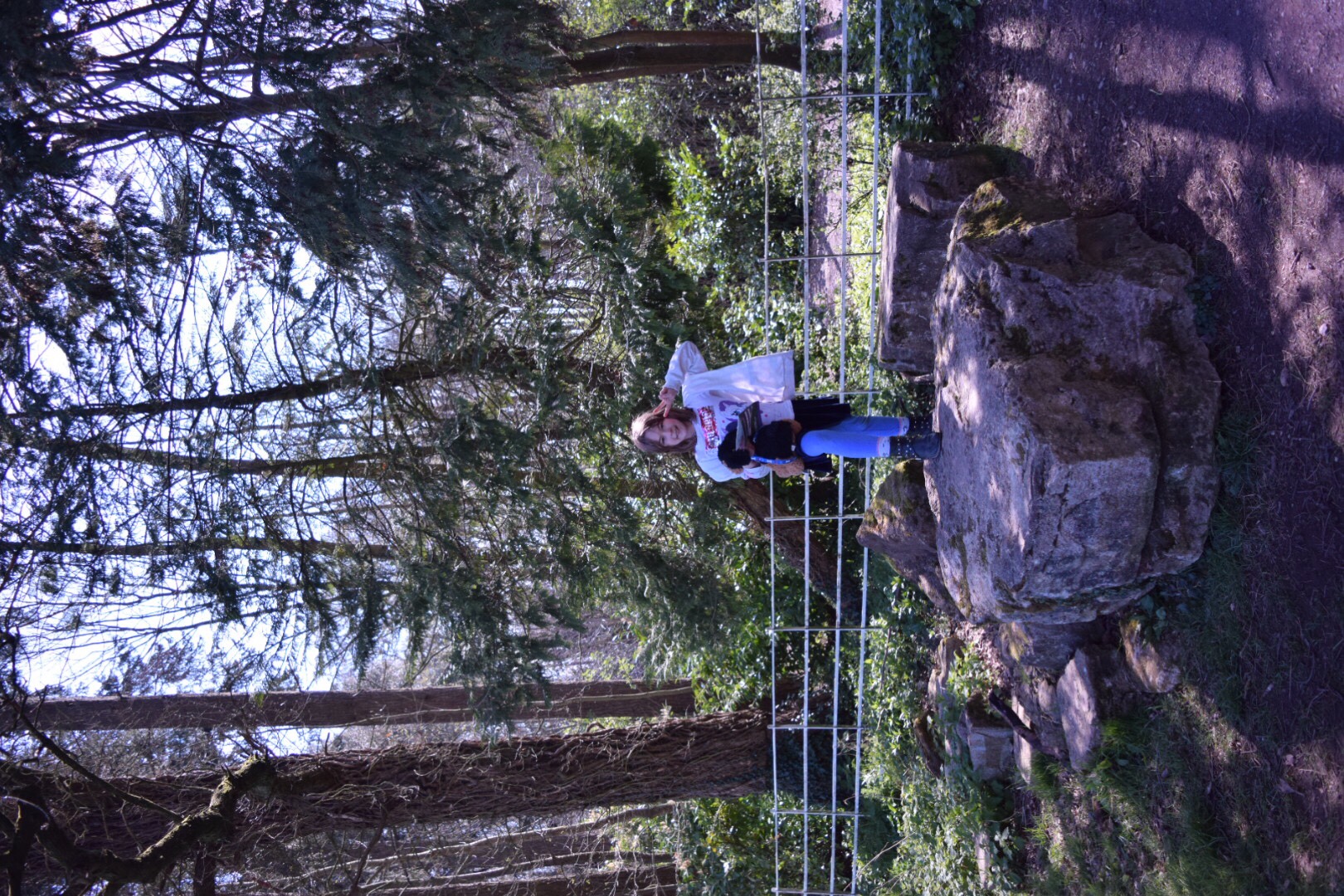 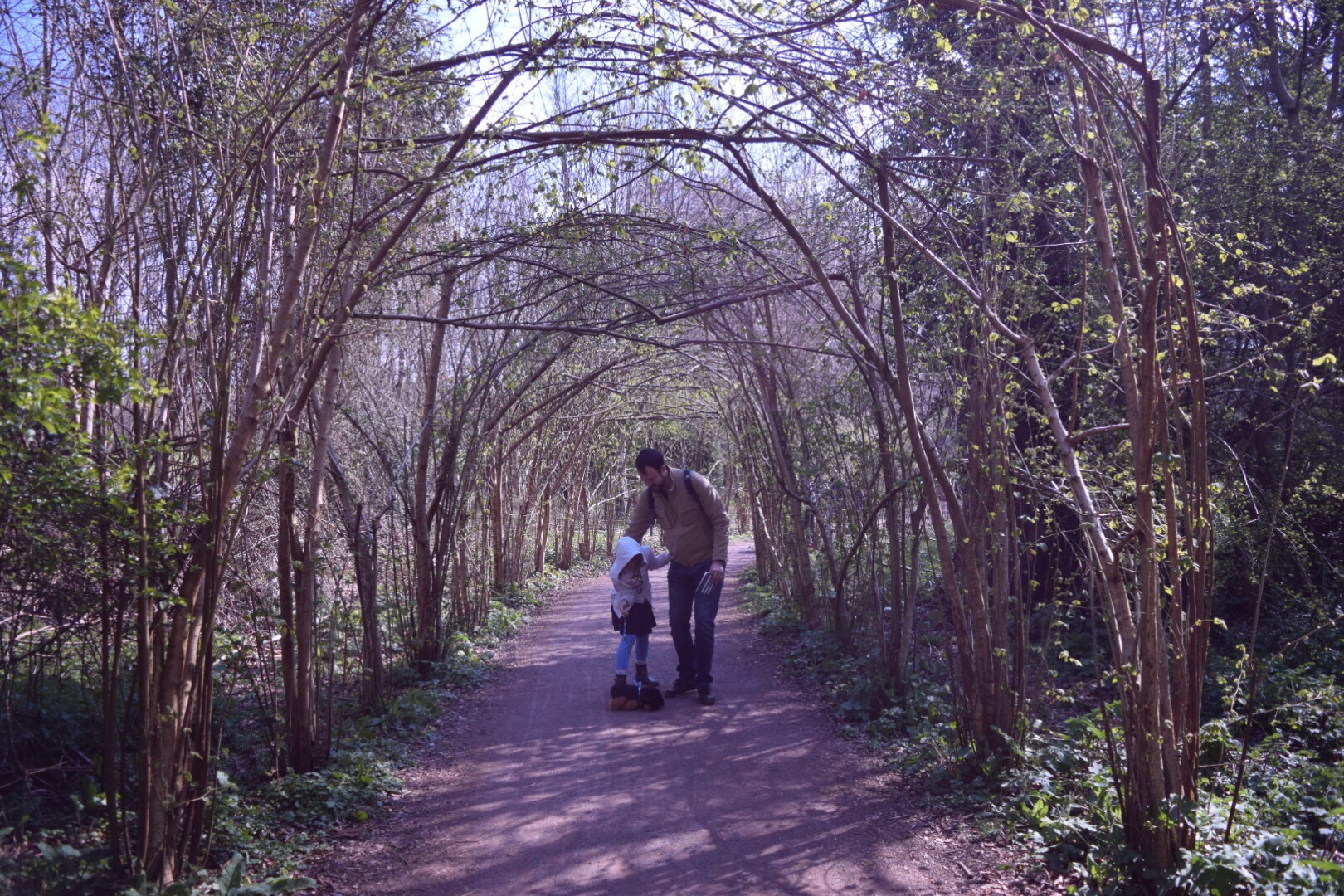 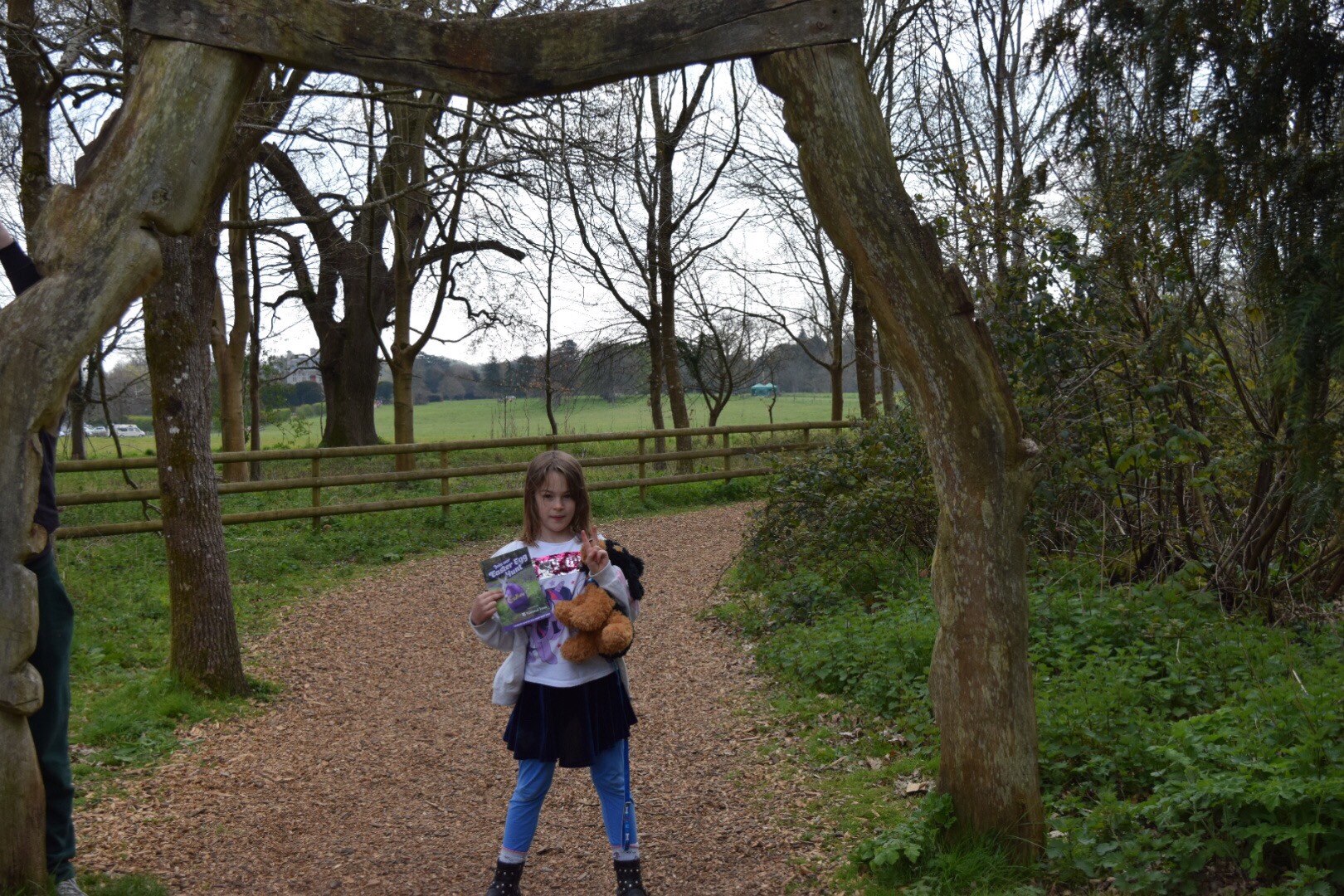 It came and she said she would now go off and find more accommodation for us and that after explaining that I was missing my day out with my family while stuck sitting on a stump in the middle of a field she apologised and said she would be as quick as she could be and if we did need to move on she would keep trying us. so when they arrived back to me with their eggs we moved on by this time it was 1 pm and after a quick stroll around their shop we moved on towards Bournemouth.

we got a call back about a new hotel they could book for us just as we were trying to get the address of her to head there we happened to pass it and we happily explained this and thanked her for her time and turned around and checked in leaving the car in the carpark.

the Hotel was lovely light airy clean smelling and we were really pleased, I went in alone to start with greeted by a couple of lovely ladies had a look at the room then went to get the kids and Duncan who were waiting in the car. 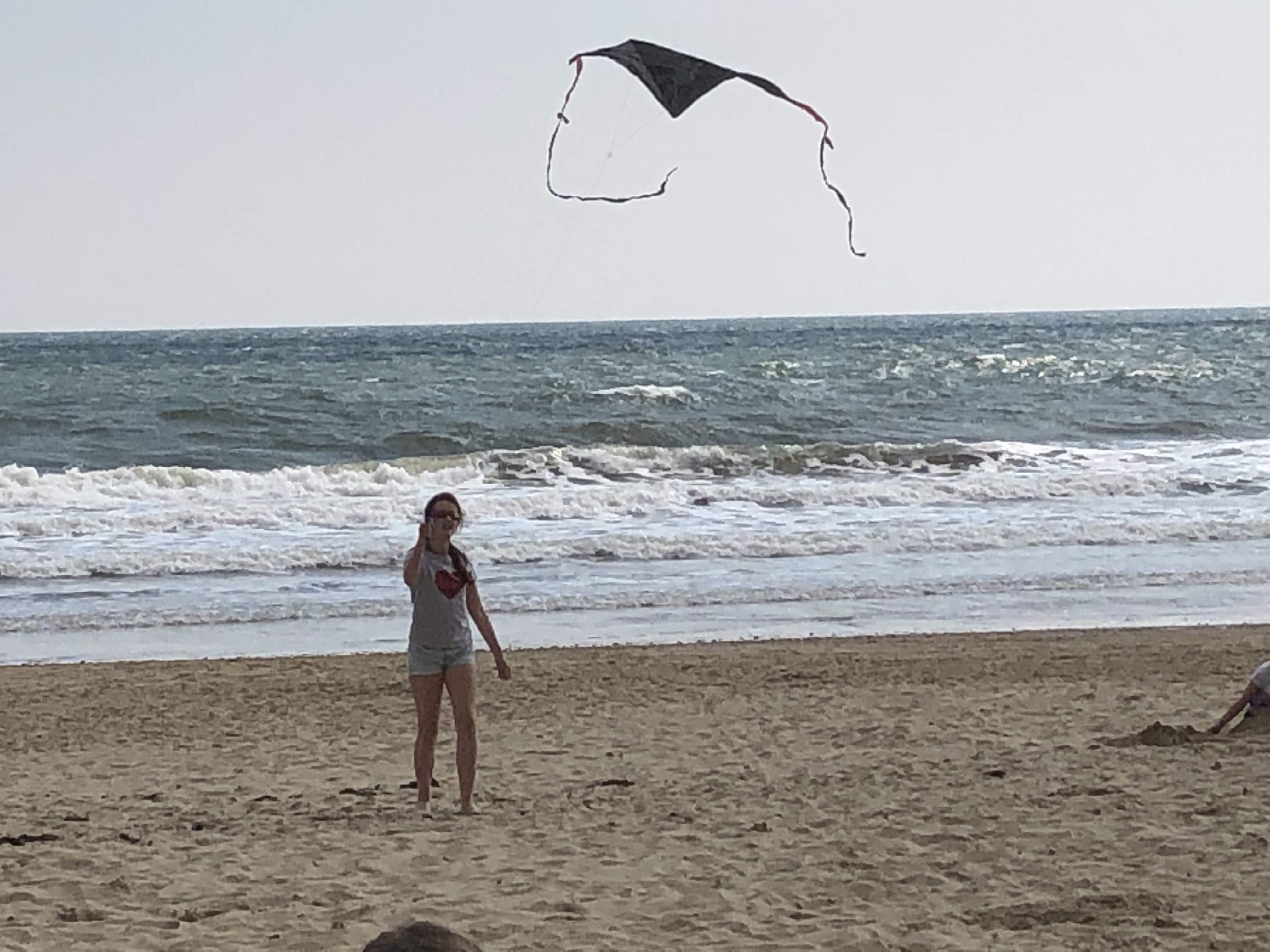 so after dropping our things off, we headed down to the beach where the kids played and we had something to eat. Clare was planning on , meeting us but knew we still had some time so we went to the pier and walked along with it before stopping for a drink and cake each.

after this we headed back to the beach where stupidity on my part I failed to check I had all phones back after our stop and the bar leading to Thomas’ falling out of his pocket into the water he came to tell me and I told him to just pick it up again (not realising he dropped in into the water) anywhere in the moment I was distracted by Emily and Duncan I turned back to tom to find him up to his waist in water walking further out (right next to the pier!) as I took off and shouted him jess quick as a shot was by his side and dragging him back as he lost his footing and went into the water! safe to say I was having kittens at this point I honestly didn’t know if to hug him or shout at him (I went with both) once I calmed down we were just thankful the phone was all we lost I messaged Clare letting her know what had happened and that we were headed back to the Hotel to let them all get changed (as by this point all three were wet jess from helping tom and Emily in her attempt of rinsing off the sand from her feet at the tap)

so off to the hotel we went the lovely owner saw tom and asked if all was ok which was nice of him every time he saw us he would ask if everything was ok and was friendly and chatty which was really nice.

anyway three showers and some changing of clothes later we head to meet Clare, Stu, Ellessa, Jake, Jamie and Connor at the arcades on the beachfront where the kids all went off and played spending some money on the 2p slots and then The Gray’s went off for some food and we had a family race on the four motorbike simulators (I won but being the only one who has actually even been on a bike I may have had unfair advantage lol)

so we then went for some pizza and treated the kids to some Mocktails which made their day before heading back again for bed.

beds were nice harder than we’re used to but not uncomfortable at all.

SUNDAY:
sunday we got up and went to grab a Mccie D’s breakfast before parking up and walking to the Aquarium.

we met back up and then had ice cream.

halfway back to the car Emily realised she had misplaced Dog Woof Junior so back we went to the Aquarium where thankfully he was sat awaiting her.

we then piled in the car and headed to Corfe Castle.

Wow having not been since I was a child I have to say I wasn’t disappointed and the kids did their second easter egg Hunt of the weekend. we even got all three of the children dressed up!!!!

after the castle, we headed to the Trainstation to catch a steam train to Swanage and back. then we popped into the little shop for some munch for the trip home and headed home to the fish and chip shop finally walking in throughout the door to a host of animals all of whom were very pleased to see us.

so we sat and ate while continuing the family tradition of changing songs to match our families most recent stupid event (in this case Thomas losing his phone in the sea) my favourite was Jessica’s version of Adeles hello “Heeeello from under the seeeea, it’s no place for an iPhone like meeeee, its cold and its dark, the fish pee in here, and my battery can’t hold on anymoreeeee” and we stuck on our dirty washing then all hit the hay.

anyway a great end to a brilliant weekend.